Harbinger is a real-time strategy game in which the player controls a necromancer. On a quest to raise an undead army and vanquish good from the world, the player gathers souls from fallen enemies to raise his army and send deadly spells the enemies way. Ultimately decorating the fallen city of Ulendorf with the heads of his enemies. 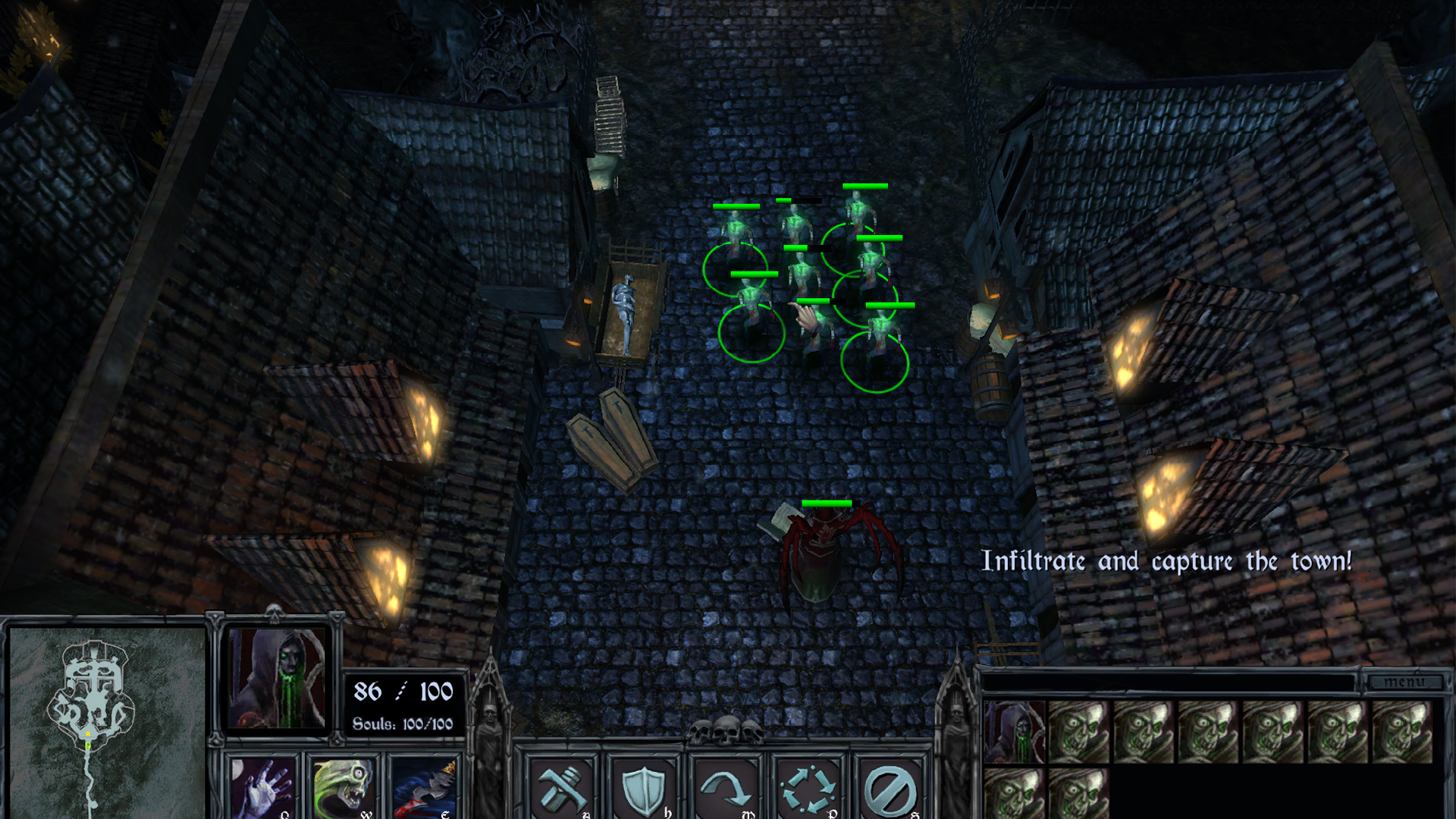 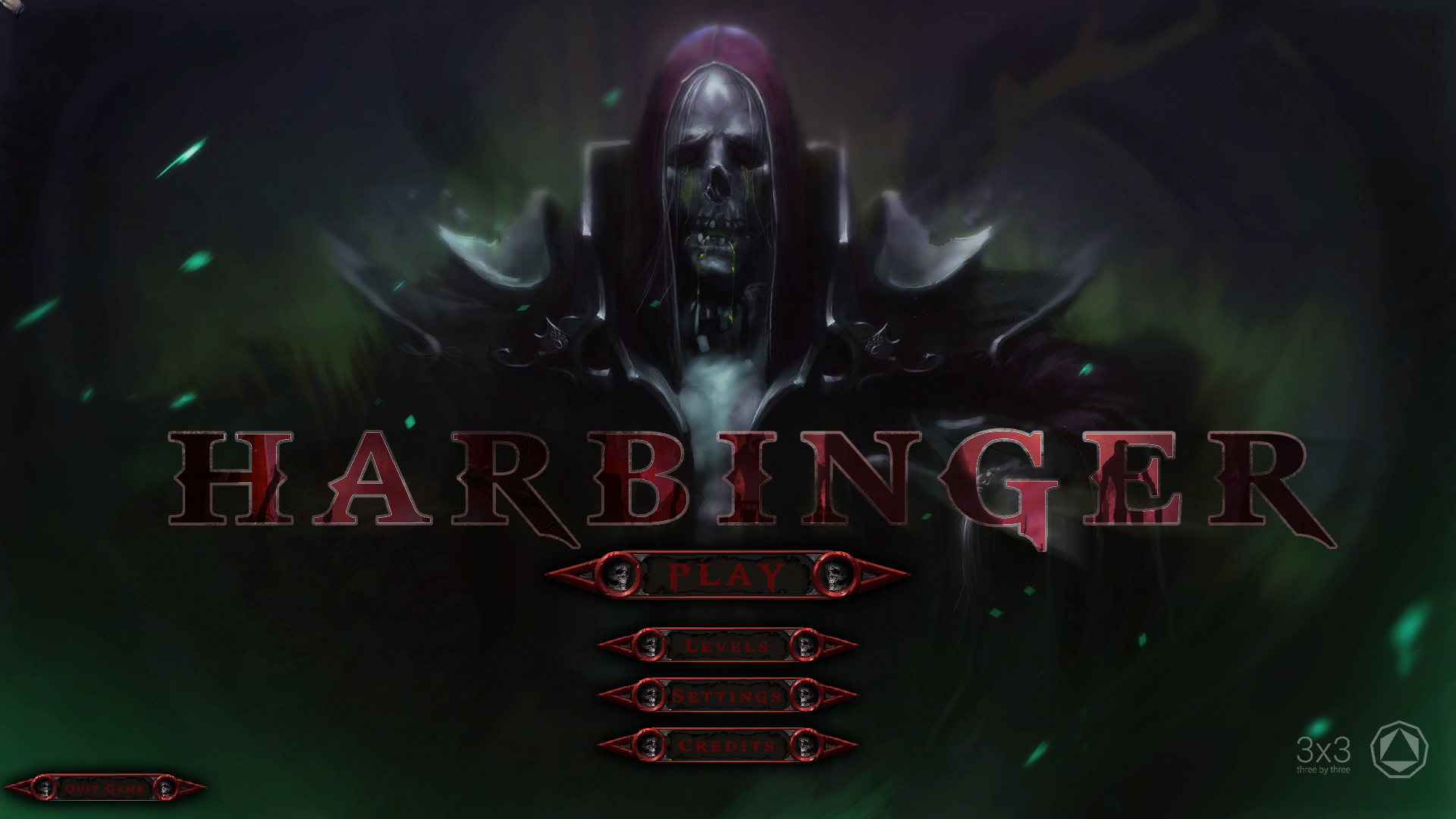 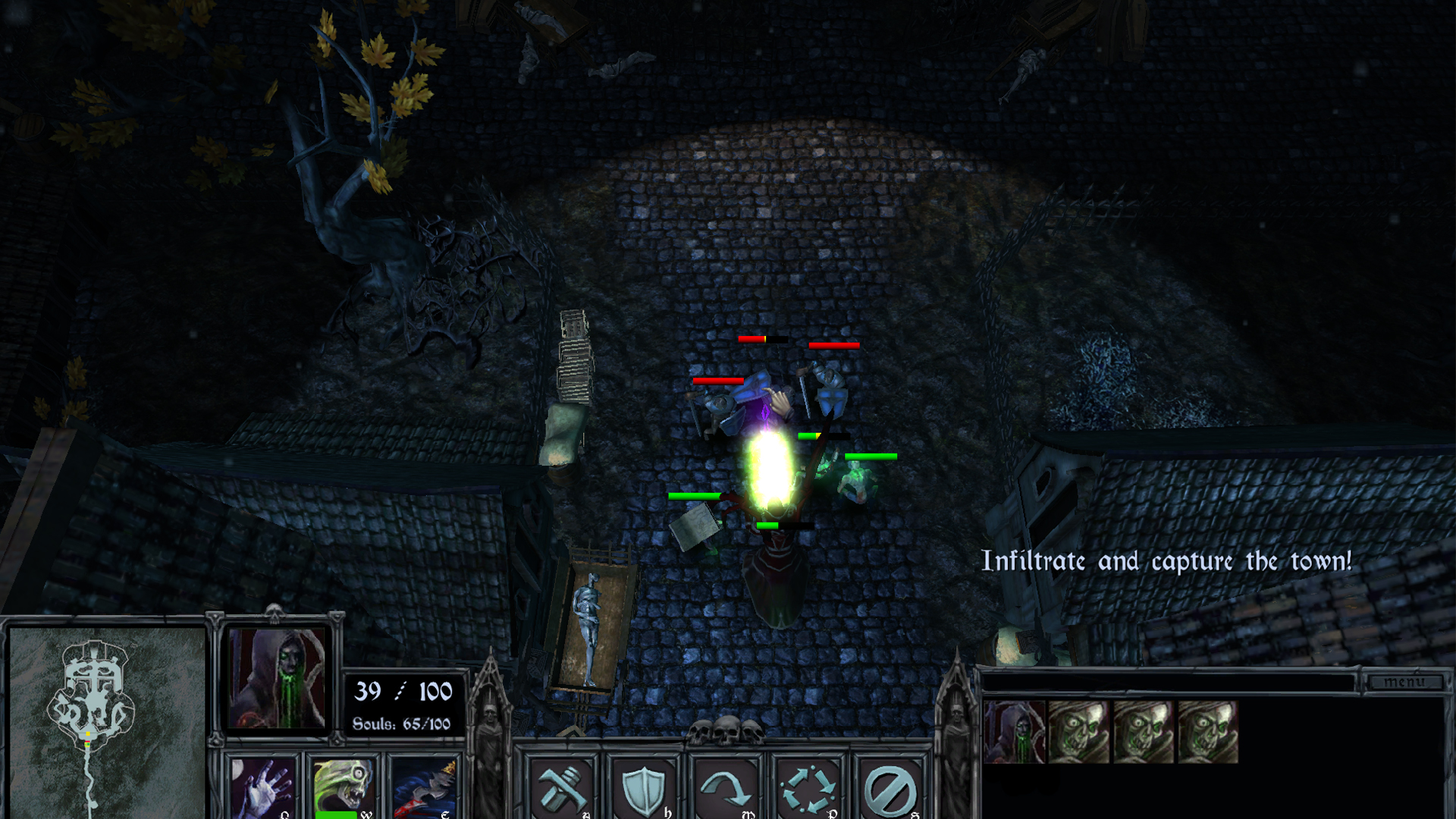 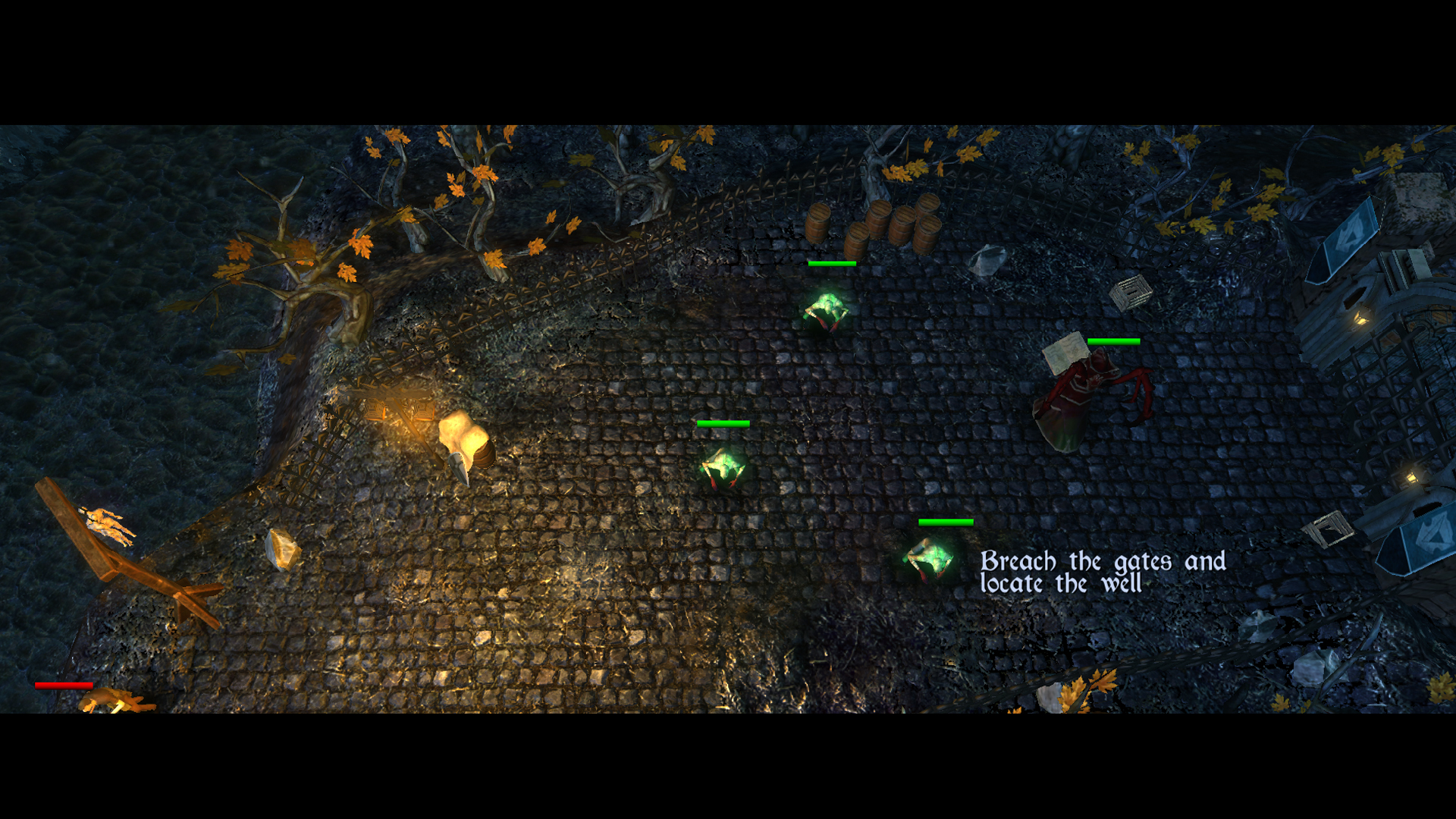 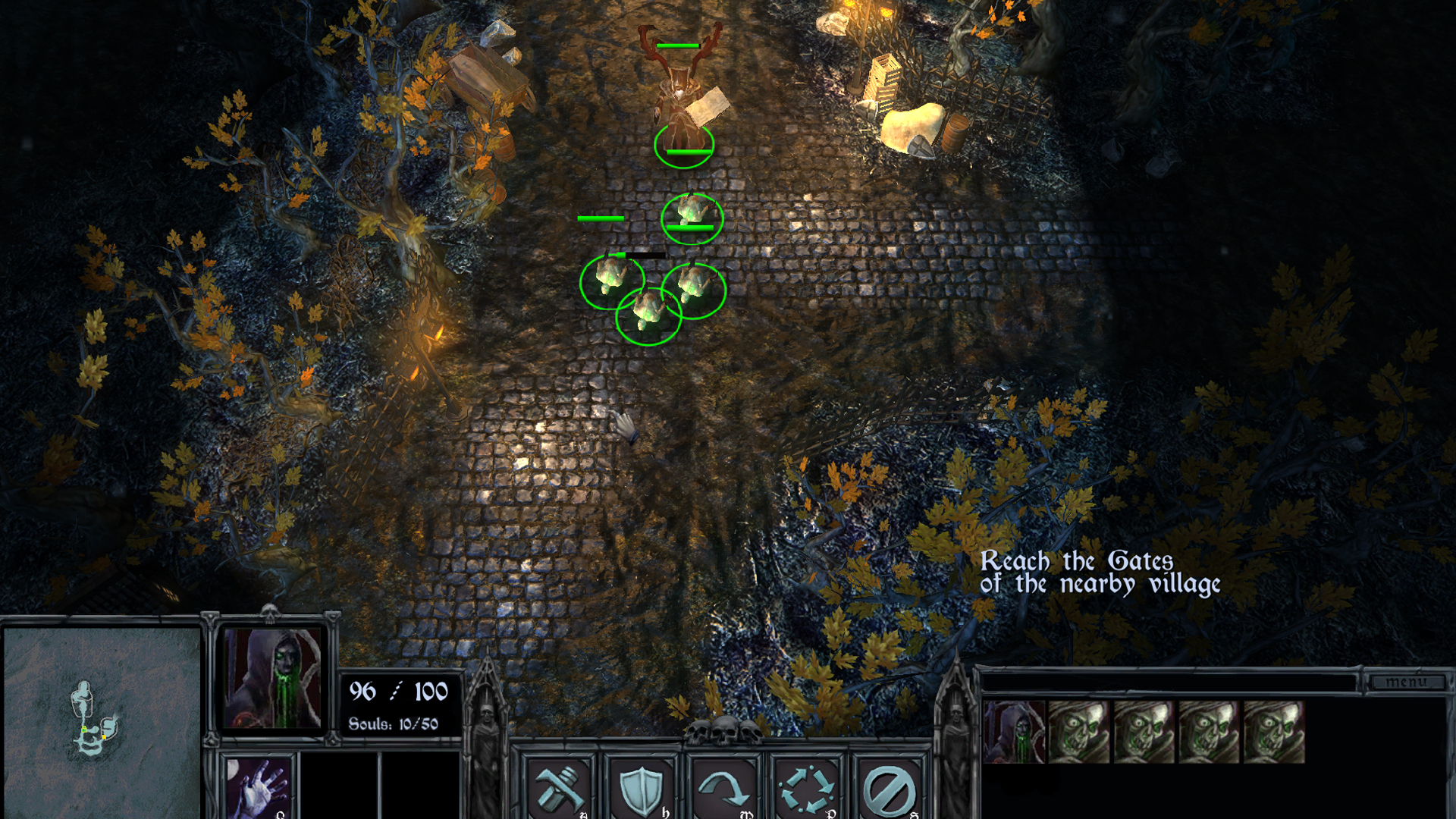 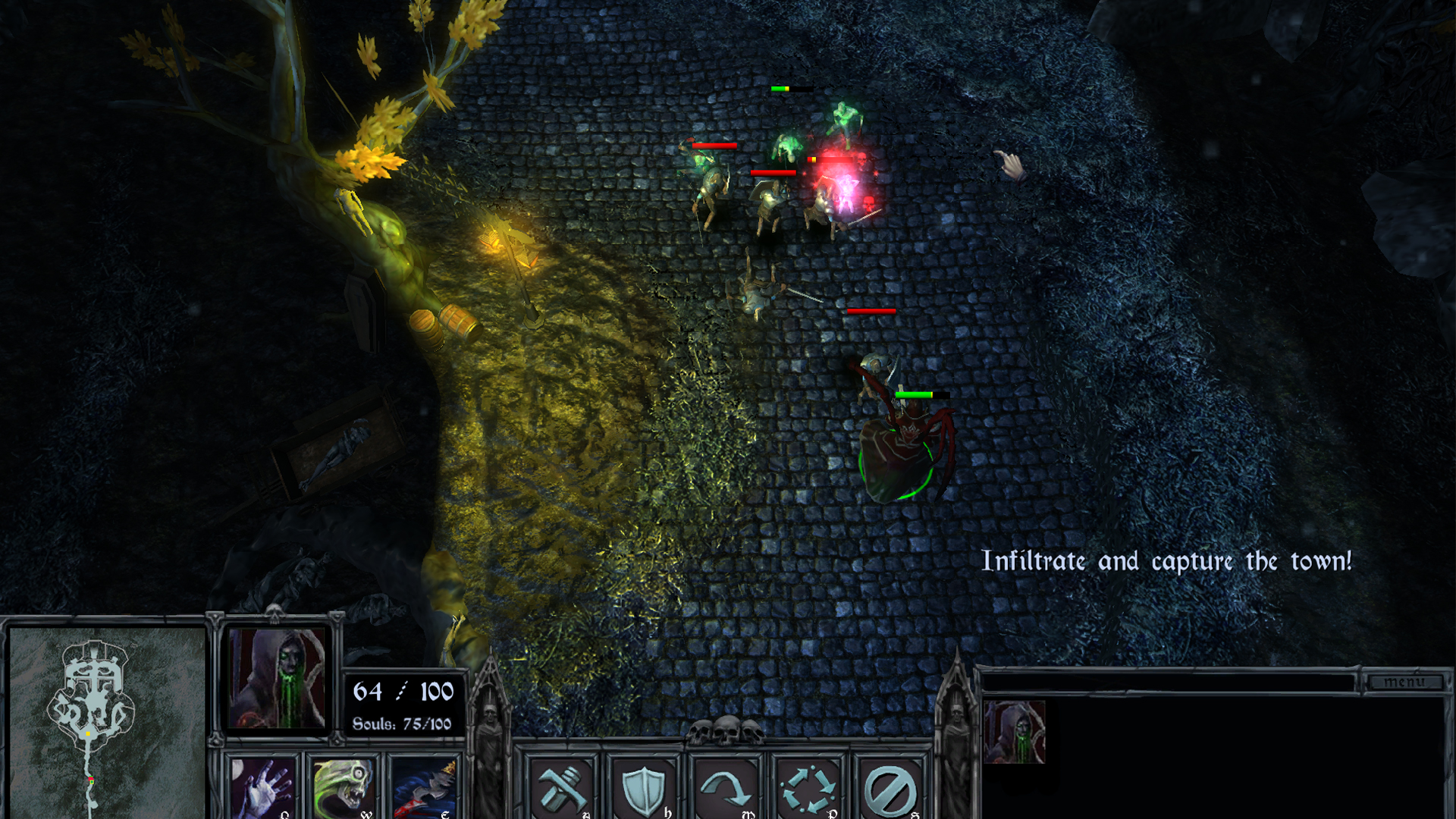 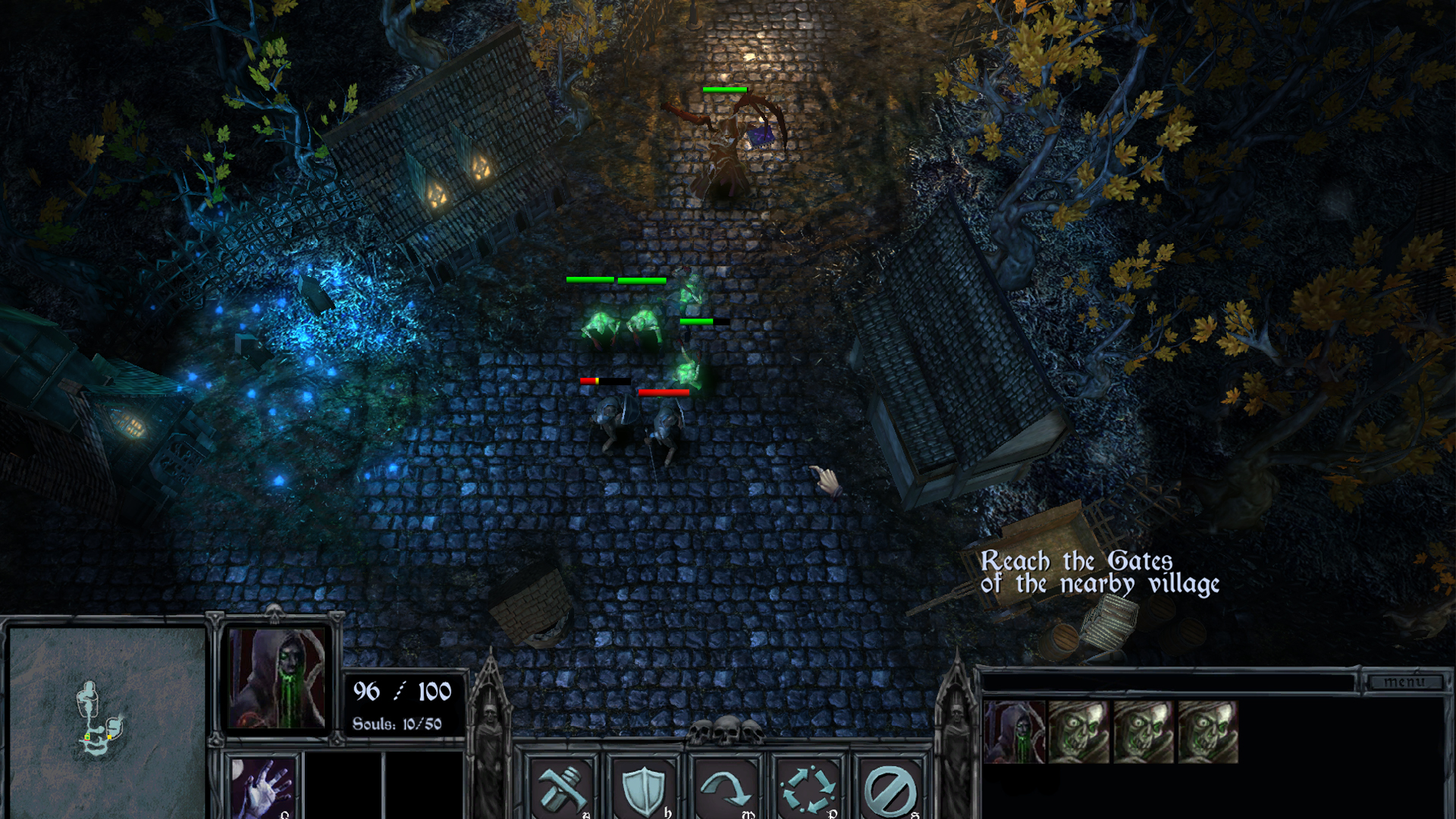 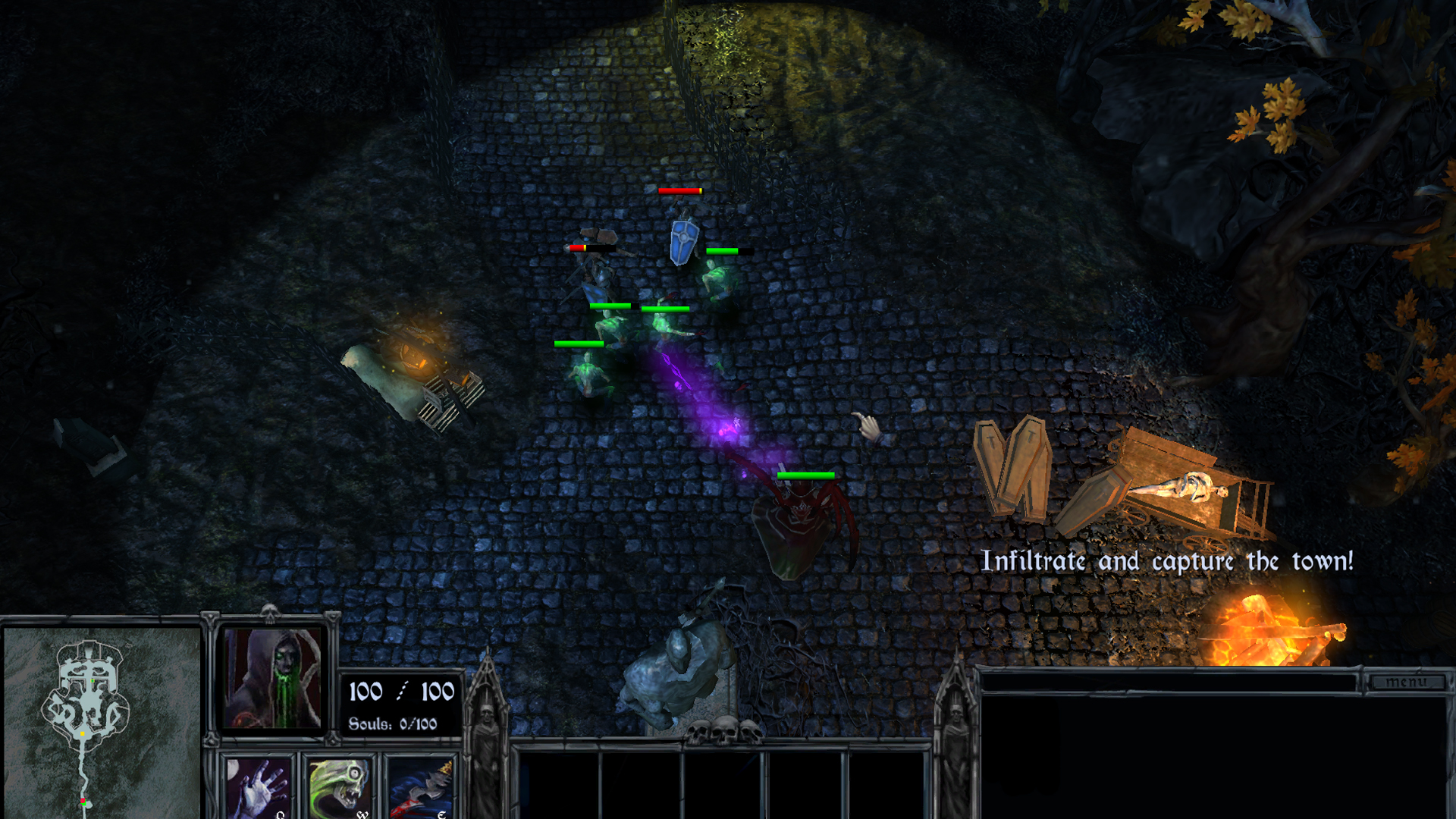 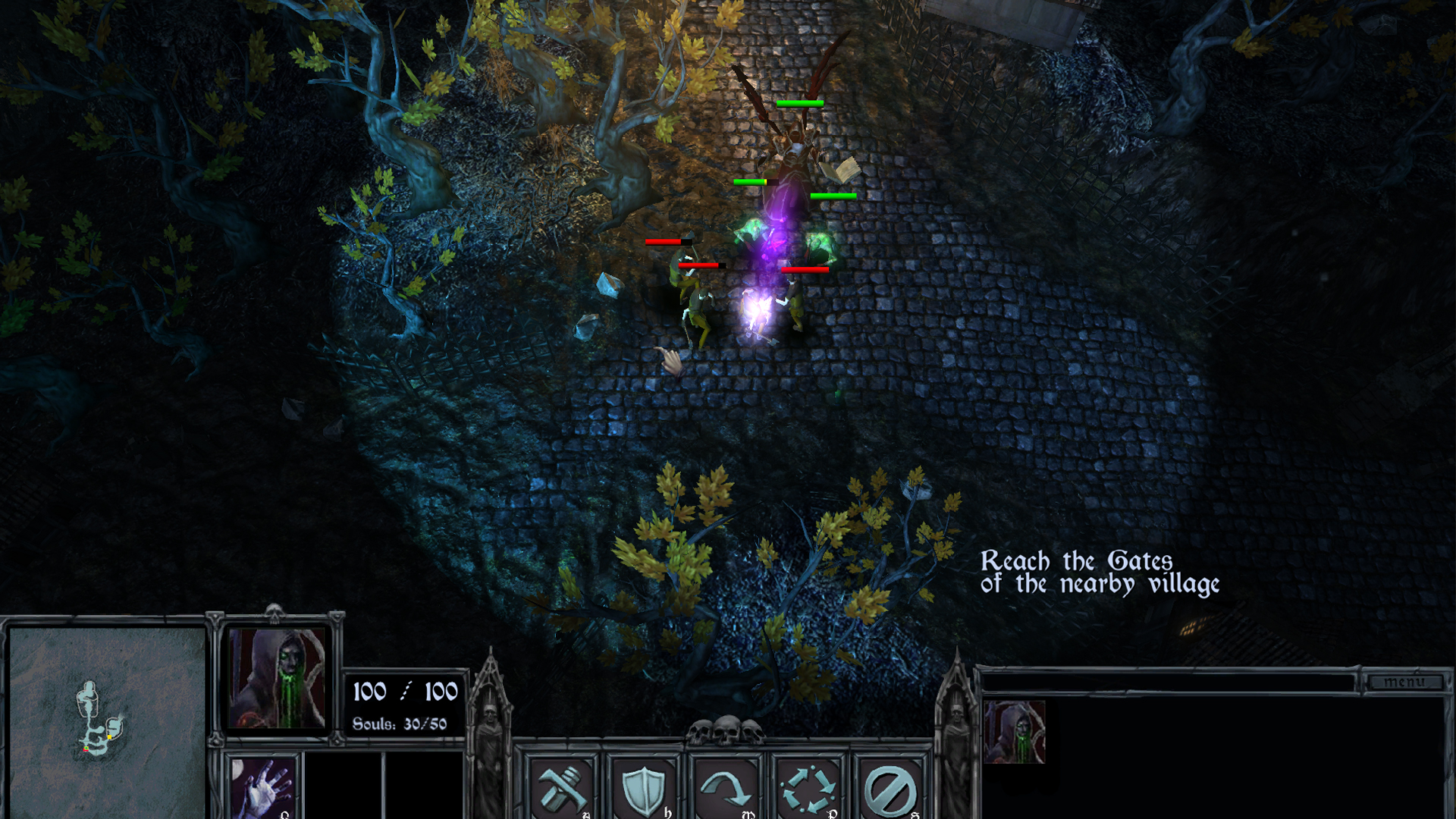 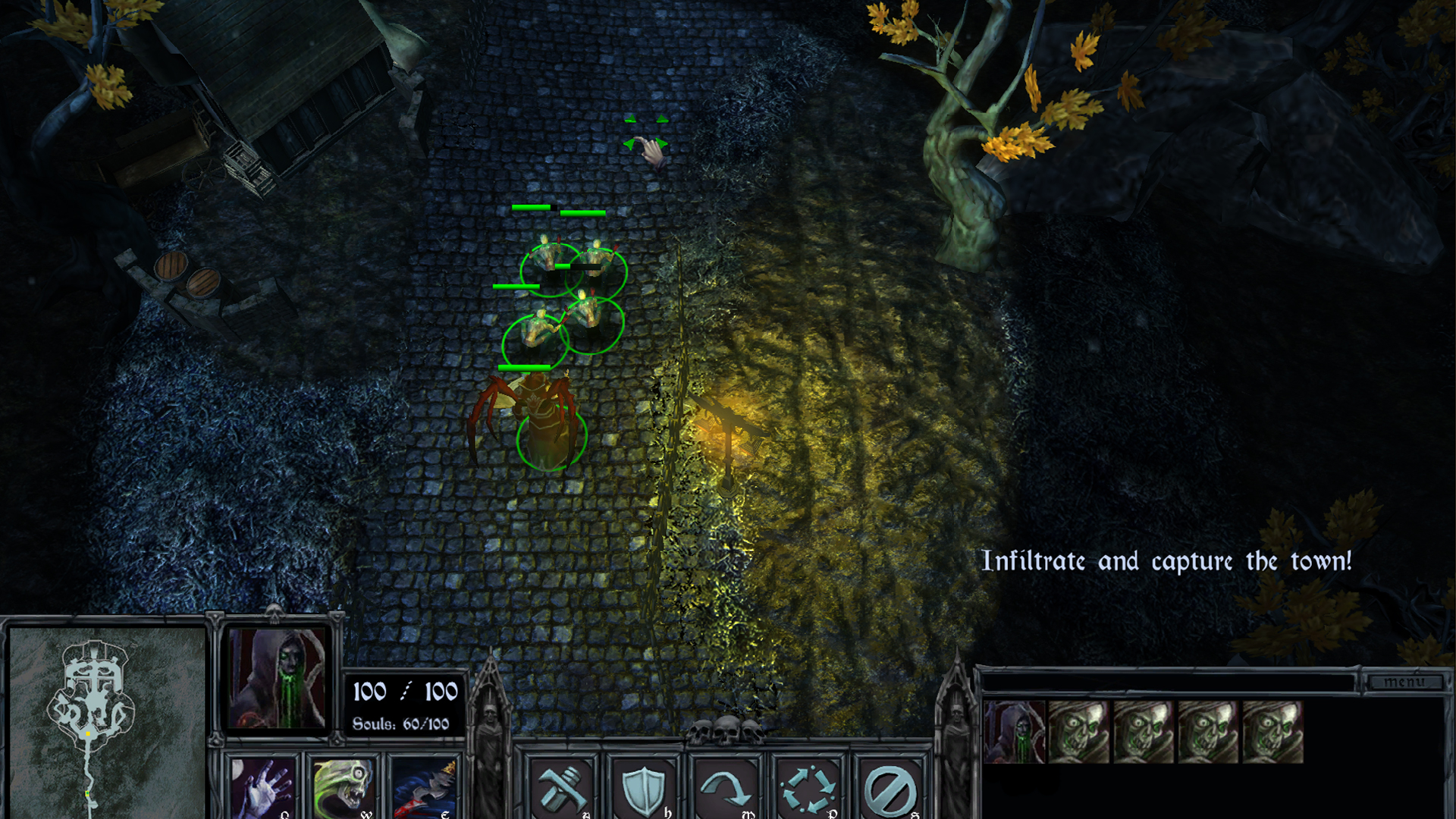 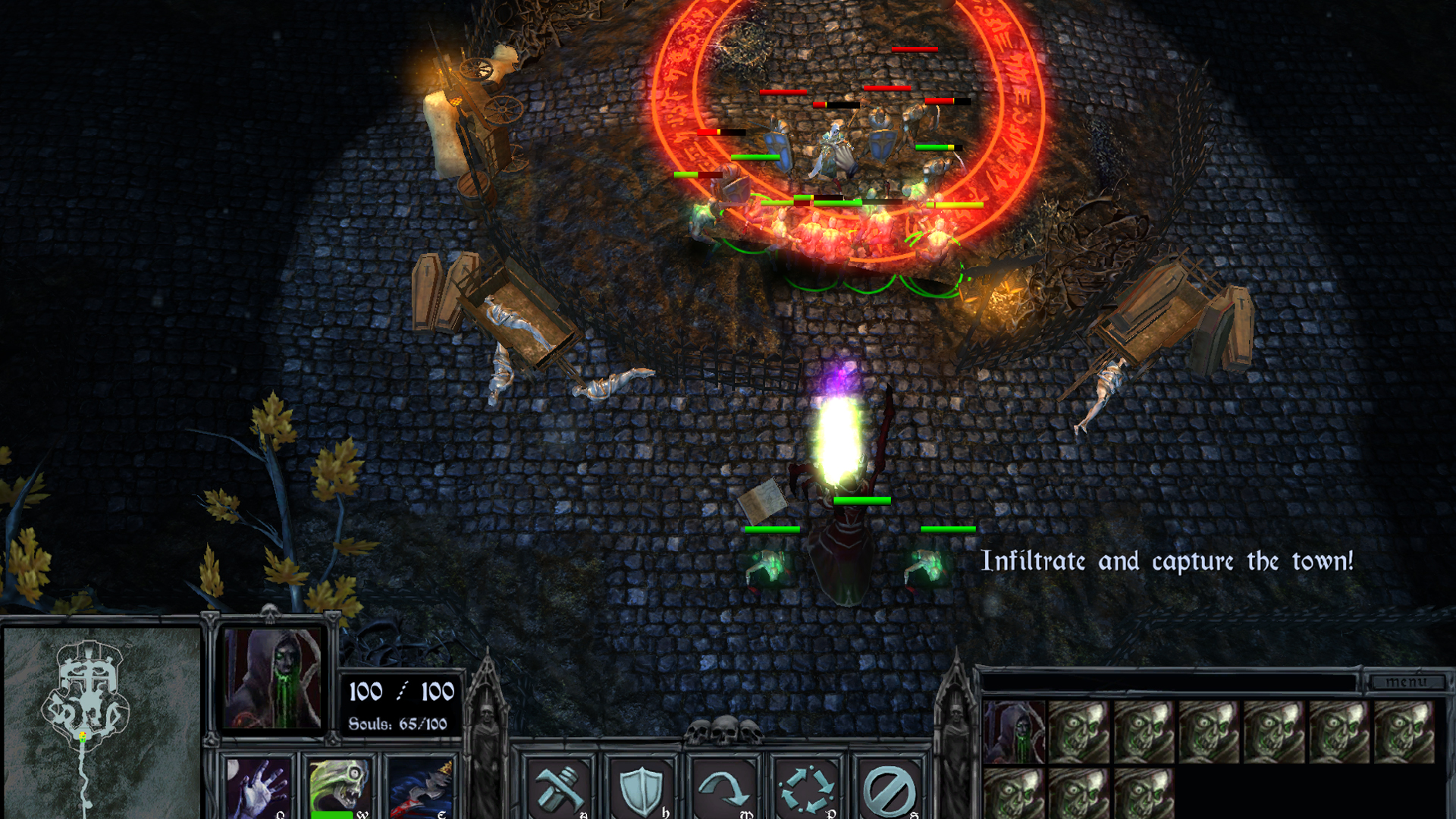